Ryanair are great, I love them!

On my 50th low cost flight (sitting on the plane, counting my fingers), I couldn’t help but notice all those little things that if you do NOT know about, flying with Ryanair can be a right disaster.

The way I see it, sometimes in life if you do not have enough money, you have to trade some comfort for pleasure. We watch free TV even though we are bombarded with adverts. Similarly Ryanair is like a cheap cinema ticket to a fantastic show, anywhere in Europe, but before the show begins we need to sit through the ads.

So how do you go through the process with as little anger (and cost) as possible?

Then at the airport:

And finally on the plane:

Love ’em or hate ’em though, Ryanair still rock! I have never had any major issues, all the ones above were lessons I either learned lightly or have seen others learn the hard way.

Three weeks alone, it has been interesting.

At one point I went through a period of nostalgia and nothing fights off homesickness like some biltong. 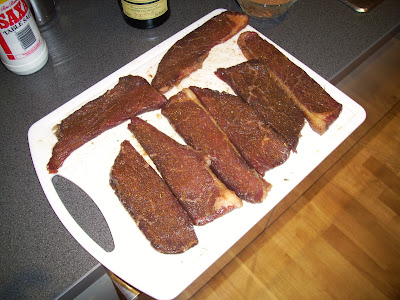 A lovely cut of silverisde beef, some help from eBay and all the great (and some odd) ingredients made me, after 7 days of waiting, a delicious South Africa snack. 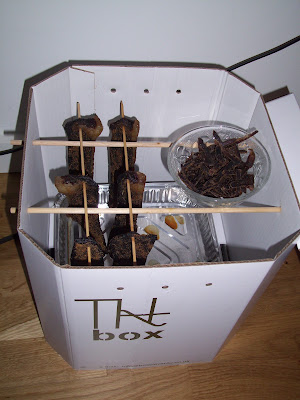 There is another world out there; one we don’t always see as we go about our lives. Its not like its far away or hidden, it just doesn’t need to advertise itself in the same way that the world made for us common folk does.

We know some of the people who live in this world, but there are far more that we have never heard of. They like to keep it that way, I suppose. So last night as I was wondering through the cold Manchester streets, it was no wonder that I passed the “Restaurant Bar & Grill” two times before I finally asked for directions to find it.

Once inside the hostess walked me to the lift and took me upstairs to the private dining room of a really snazzy restaurant; I was clearly under-dressed. Red Carnation Hotels (one of Expotel’s preffered partners) were our hosts and although they do not have a hotel up North, in keeping with the the high expectations and class that people expect of their luxury hotels, we were in for a treat. The barman offered me a martini and while I actually wanted something warm, I felt “007ish” and accepted:

Dirty or normal? Gin or Vodka? Gin please. Dry or Wet? What’s the difference? And he went on to explain that with the one the vermouth is taken out. Dry please. Shaken or stirred? At this point we went on to talk for a good few minutes about martinis, the Dutch origin of gin (and hence the phrase “Dutch courage”), the meaning of “mother’s ruin“, and the finer details of the martini Bond always goes for – called the Vesper martini. Stirred thank you. This dilutes the alcohol, but not as much as when shaken. Olive or lemon peel? Definitely olive. Later I came back to ask for another olive, and Andy (the barman) told me I should have just asked for a “Franklin“, President Roosevelt’s famous two-olive variation. I realised I really like martinis and am keen on trying out the different variations, maybe even come up with my own.

Then we had dinner; a complete three course culinary treat of freshly baked roles, duck spring roles (with mango and plum sauce), a really tender sirloin and to finish off, what else but a New York cheesecake.

When I was brought an Illy espresso in one of Illy’s stylish and distinctive cups, somehow it was this which cemented what I had suspected… this place is top of the line, or at least one of those places I can not yet afford to go to, but would very much like to.

There were two bouquets of red carnations on the table and Alex offered them as a prize to the two people who could correctly guess the number of flowers in each vase. I managed to come second closest and suddenly had a present for the birthday party I was off to after dinner.

Today, after a fantastic night out, I’m thinking next on ‘the agenda of luxury’ is a trip down to London to stay in one of Red Carnation’s boutique hotels. The Rubens at the Palace have a partnership with Wicked (the musical) and I’m thinking a lovely romantic get-away in January (hopefully at a discounted price).