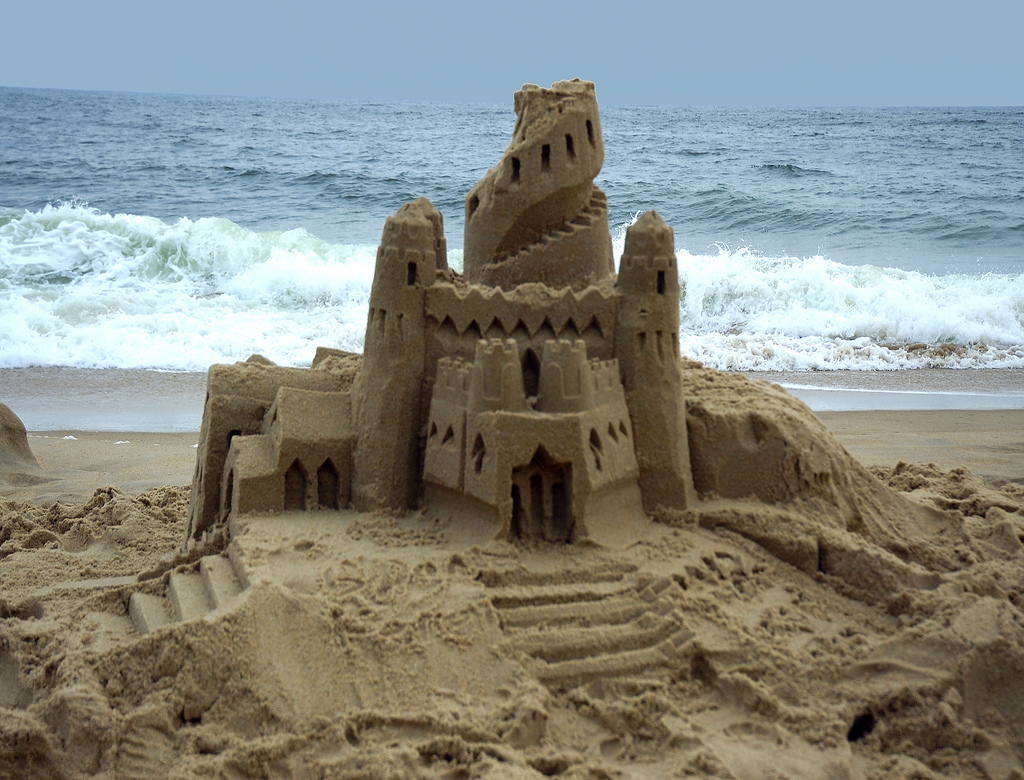 Many people who know me well will remember, at some point or another, having a light-hearted drunken conversation with me about the future of the universe and how one of my greatest fears is that the universe will end in a great contraction, much the same way it started, into a singularity. I argued that the alternatives, continuous expansion or eventual equilibrium, would be much better because they offered the slight possibility of living FOREVER, no matter how unlikely this would be.

A few days ago I watched a documentary called “Wonders of the Universe”. It is a beautifully made series and in one of the episodes, University of Manchester’s Brian Cox discusses a concept called ENTROPY.

What was curious to me at first was that I somehow could not remember ever learning about this even though I took A-Level physics and you would think I would know at least something about the “second law of thermodynamics” (given that I know the 1st and 3rd laws). So suddenly I was glued to the screen in eager anticipation.

I wont be a bore and go into details of the science, but I will mention one notion that stems from the concept of entropy:

Think of a sand castle you have made. As time passes, the thousands of sand molecules are far more likely to loose their ordered form, from existing in such a way so that someone passing by would identify the sand castle, to eventually becoming nothing more than a pile of sand.

Similarly, over trillions of years, if the universe does not collapse in on itself, all the stars will burn out, the earth will long ago have been destroyed by our own sun and the version of the universe which lasts forever, will be one where the universe is a vast expansion of cold nothingness – all the order that once made up our stars and planets, will have become a vast equilibrium where every inch of space is exactly the same… just like our deserts. This was sad to hear; so much for living forever.

But just as this sad thought came and lingered, Mr Cox pondered out loud:

“It is not so strange that order tends to disorder, but rather, we should wonder why there was order in the first place?”

Brian had managed to explain to me, using the concept of entropy, why we die; but I wondered why he had failed to attempt an answer to the question of why we live?

In a world where over time order tends to disorder, what lead to the miracle that billions of atoms should come together to create life, and not just any life, intelligent life, and not just intelligent life, but my life, someone who can stare back at the universe and contemplate its very existence? This is a question I love to think about. Mathematicians will tell us that this is not such a strange phenomenon in a universe this large, for while the likelihood of intelligent life existing somewhere is low, it is still positive. We are the one in a zillion places, the lottery winners of the universe.

ENTROPY, is it possible it not only applies on a cosmic level, but also in our day-to-day lives. Could it possibly provide a reason as to why so few people are rich, why so few succeed, why so few live meaningful lives? We are born innocent and with unlimited potential, and yet time, parenting, our environment, the loss of energy and ambition as we age all seem to be signs of entropy in action. To fight against the strong pull towards disorder in our own lives is our one chance to make our lives mean something.

To build sandcastles in the sand, make something out of nothing, come up with inventions that change the world and grow businesses that outlive us. In a fight with entropy, man would resist the temptations that lead to mediocrity, avoid making poor decisions and he would have the will to act when most would do nothing. In this epic struggle, should we win, it feels like one little insignificant life on Earth can defy the very laws of science.

And suddenly a very sad thought was transformed into a happy one. Should we fail to find meaning, we should perhaps create it.

Since I graduated and decided to not find a job and instead start a business, many of my friends have said to me, on a regular basis, one or both of the following:

“You’re making quite a brave (possibly perceived as arrogant) decision to start your own business in these troubled times… I personally couldn’t take the risk of not knowing where and when my income will come from”.

“Yes, starting a business is the dream, but I think it is better to go into employment, learn a bit, accumulate some capital and THEN do my own thing”.

I used to think these were both reasonable points and wished those who stood behind them the best of luck in their endeavours – after all, not everyone can or is going to be a business owner and many first time business owners start when they are older.

Recently however, I have thought about some valid arguments against both lines of thought mentioned above.

The first of these is based on the RISK element. What is interesting about this risk, unlike say gambling, it is not easily defined or measured. It is definitely a perceived risk and perceptions, as we all know, are heavily biased and influenced by our upbringing and the media.

So, here is my possibly biased perception of both the risk of becoming an employee and that of starting your own business.

(a) Becoming an employee:

(b) Starting a business

Of course some people may say, you risk “failure” or you risk “having to sleep less” and so on. Like I said, this risk is a perceived risk and will mean different things to different people.

The second argument I have against being an employee is based on the concept of TIMING.
It seems like a reasonable argument: “Get a job, learn, accumulate wealth, exit, start a business, succeed.”

Looking at my dad as an example, I put forward my argument against this type of approach.

My father is a major inspiration to me. During his life he has changed so many jobs, always looking for something better, something to stimulate him and wherever he goes, no matter the industry, he advances within the company at a lightning speed. He is soon going to be 50 and in the IT industry age tends to be against you – not in his case. He is doing better than ever and has managed to do all this while immigrating out of Bulgaria with nothing and then returning to start again many years later.

For the past few years he has been also working on starting a chain of Montessori schools with my step-mom. There is a huge demand for these schools in Bulgaria and they have already successfully opened several. He continues to inspire me with his ability to adapt and take advantage of opportunities. Had my dad been born in a capitalist country and had he not had a son at a young age and immigrated to a country where he had to provide for his family, I think my dad would have become an entrepreneur at a much younger age and a great one at that.

In summary, I think for young people, the risk of being an employee is generally greater than starting your own business. I also think there is a strong inverse correlation between the passage of time and the likelihood and ease with which people can start and succeed at starting their own business.

One possible solution that meets employee and entrepreneur mid-way, could be starting a job in a small company where you can be INTRApreneurial. You still get a salary, you are more likely to do meaningful and creative work and should the business succeed, you are likely to have equity options available to you, helping you make the transition from employee to business owner.

Below is my presentation on Intrapreneurship presented at the Manchester Entrepreneurs: “What’s Next” event.
Intrapreneurship – success stories and how we leverage this concept at Rare Pink